‘Something to Celebrate’ is purchased in other countries 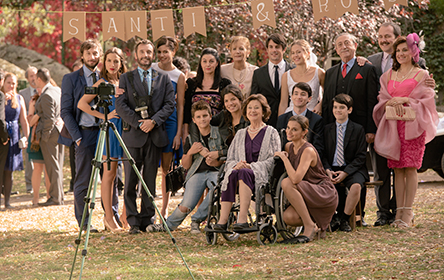 This is Endemol’s second purchase of a series by the Group, having purchased “Vive Cantando” last year. The successful reception in the United States of America is also a pleasant surprise

“Something to celebrate”, Grupo Secuoya’s popular format about a family that gets together on big occasions throughout the year, has stirred a sensation during international negotiations. In just the few months since Secuoya Content Distribution
started distributing “Something to celebrate”, Italy’s giant Endemol has optioned the
series while in the United States of America Paradigm Agency has optioned it as the
agent for two prestigious companies: Le Train Train (owned by Radisha Jones,
Quincy Jones’ daughter) and Warner Bros. For its launch in another European
country, “Something to celebrate” could not have found a better partner than
Endemol, a renowned company in the market that has a great professional
relationship with Secuoya. “We are always delighted to work with Endemol and feel
motivated by the fact that they like our formats so much. Benedetta Galbiati is a great
professional with a wide range of experience in adapting formats and it is a pleasure
to work with her and her team,” states Vanessa Palacios, Content Manager at Grupo
Secuoya.
“We are so happy to work on this original, totally modern family comedy. We value
Vanessa Palacios’ expertise and consider a great pleasure to partner up again with
Secuoya’s creativity,” Adds Benedetta Galbiati, Drama Acquisitions & Development
Manager at Endemol Shine Italy.

Since Endemol adquisition the format of “Vive Cantando” last year, Grupo Secuoya
and Endemol have had a close and rewarding business relationship, now enhanced
by the purchase of “Something to Celebrate”. As regards the United States of
America, both Warner Bros. and Le Train Train have liked the format so much, that
they are planning the adaptation. “We are surprised and thrilled to see that
“Something to Celebrate” has been very well received in the US. The format is easy
to adapt to each country’s culture and specificities as it can portray different
societies, behaviours and families according to the country where it is played,”
explains Palacios.

The series, produced in Spain by Doble Filo (one of Grupo Secuoya’s production
companies) for Antena 3, premiered in January on the private channel, reaching an
audience of 3,3 million viewers. Viewers and critics alike have warmly welcomed the
series, which stars the peculiar family of patissiers, the Navarros, who always get
together at the main family gatherings (weddings, communions, funerals, birthdays).
To give the series a touch of comedy, “Something to Celebrate” was directed by
Alvaro Fernandez Armero and starred Alejo Sauras, Norma Ruiz, Elena Irureta and
Luis Varela, among others.