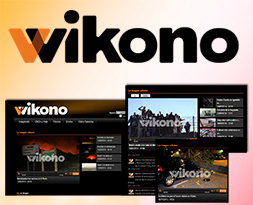 Wikono will produce and supply images for Televisión Española news agency companies in the communities of Castilla-La Mancha, Murcia and Melilla, and in Aragon through Aragón Media.

The contract, lasting one year, will encompass the full coverage of all needs of the public channel in these geographic regions. At the same time, Wikono has extended the contract for the Basque Country, Cantabria and La Rioja for another year.

It also operates in the same conditions of exclusive provision of images and graphic information in Galicia, the Valencian Community and Navarra, placing Wikono as the leading supplier of TVE, present in ten autonomous communities. Due to this, and its commitment to technology, flexibility of service and 365 day per year service which form the pillars of this company Televisión Española has reaffirmed its selection of Wikono (Secuoya Group).