The Legal Affairs Department of Grupo Secuoya, among the best in Spain and Portugal 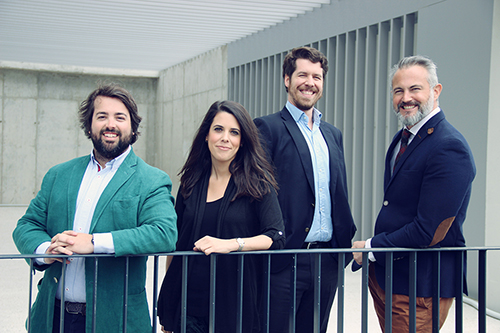 
The Legal Affairs Department of Grupo Secuoya has been chosen, once again, by the prestigious legal directory The Legal 500 when included in the GC Powerlist that selects the best legal professionals of large companies.

Divided by categories (Food, Sports and Media, Energy, Industry, Technology …) the list of selected includes the best in-house Legal Departments of the main companies operating in Spain and Portugal. The legal Affairs Department of Grupo Secuoya, commanded by the General Counsel of the company, Carlos López, is integrated by Jorge Sánchez, Javier Bermúdez de Castro and Isabel Habela. Secuoya is one of the recurring names in these recognitions: both individually in the figure of Carlos López, as well as a group, has been distinguished in different calls.

Among the nearly 100 selected are the legal advisors of companies such as Acciona, Banco Santander, Inditex, Indra, Repsol and Unilever. In the category in which Secuoya has been awarded (Sports and Media), the company shares representation with Planeta, Prisa and Telefónica.

The Legal 500 is one of the most prestigious international legal directories in the legal sector. The GC Powerlist has been prepared by a research team that has gathered the most relevant actions of the legal departments and has conducted a multitude of interviews with the companies themselves, the law firms and the rest of the legal advice over several months. “We have identified the most impressive legal departments operating in the Iberian Peninsula. They are those who have used their legal knowledge strategically along with a business vision, to have a positive impact on the success of their organization”, says Sara Mageit, senior research analyst at The Legal 500.