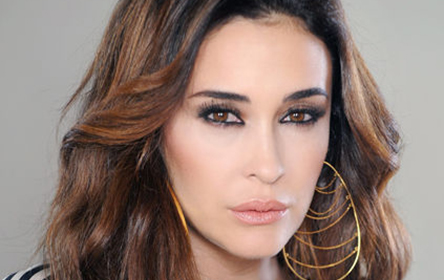 Produced by Secuoya Contenidos, it is an interactive talk show with sections devoted to fashion, lifestyle, news, nutrition, sports and television.

#Revolución TEN takes its first steps and, as a result of this channel’s new philosophy, the production of “#Tendencias” will soon begin. Produced by Secuoya Contenidos, the daily talk show “#Tendencias”, invites us to spend the afternoons in the company of Vicky Martín Berrocal and her daily guests and collaborators. Very well-known in different spheres of society, the fashion designer, presenter and actress will be at the forefront of an original format lasting more than two hours. The programme offers an alternative to national television packages and demonstrates the channel’s strong commitment to in-house production.

The programme’s mission is to entertain and inform its viewers about the latest trends in fashion, beauty, decor, nutrition, television, society…in short, anything that may interest those who want to stay ahead of the pack, know what to talk about at a dinner, how to dress, decorate a home, what to watch on television, how to have a healthy lifestyle and to have current, authentic and entertaining information.

In her latest adventure Vicky Martín Berrocal will not be the only one accompanying the viewers at TEN: as well as guests who will join her on the programme’s spectacular set, the presenter will rely on the participation of fixed collaborators, who are experts in the various sections of the programme. Antonio Sánchez Casado, Mariola Orellana, Ingrid Sunyer, Almudena del Pozo, Isasa Wiss and Daniel Terán among others, will join the viewers in the afternoon slot. Daily guests will drop by the set: actors, singers, writers, athletes … very well-know public figures that will be interviewed or will take part in the show.

Behind the camera
#RevoluciónTEN has signed an unparalleled team to launch this flagship programme.

Miguel García is the director of “#Tendencias” (assistant director of programmes such as “Hable con ellas”, and “DEC”), and has a long history in directing talk shows and autonomous channels. For her part, Yolanda Gómez (Assistant Director of “El programa de Rosa” and coordinator of “Qué tiempo más feliz”) will take on the role of assistant director of the programme.

“#Tendencias” is an engaging afternoon talk show that seeks intimacy with its viewers, staying true to the spirit of #RevoluciónTEN: television that will change you.

Conceived as a bidirectional programme, the hash that precedes its name is not there by chance: with “#Tendencias”, surveys and the use of social media will be the launchpad of its content.