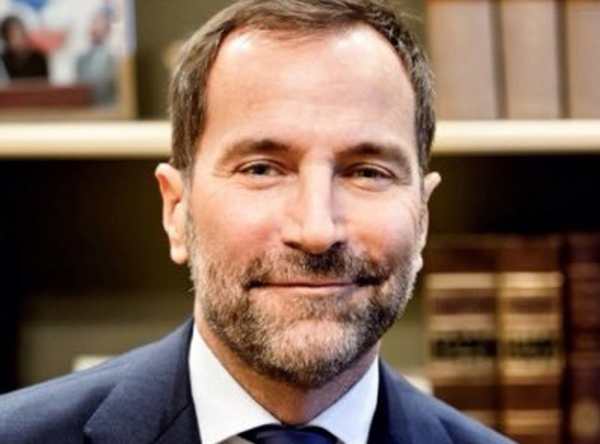 Madrid-based, Grupo Secuoya has appointed James Costos as executive president of Secuoya Studios, its film and television production division, and will open headquarters in Los Angeles.

Costos, the former U.S. Ambassador to Spain and Andorra and former HBO executive, will lead this new venture, the latest development in Grupo Secuoya’s ambitious plans for international growth, which began several years ago when they expanded into Latin America.

In his new role as executive president of Secuoya Studios, Costos draws from his career in diplomacy, as well as his professional experience in the entertainment industry. During his tenure as U.S. Ambassador to Spain and Andorra, Costos relied on his background in international strategy, external relations, and marketing and communications, particularly as he worked with a variety of multinational companies.

Costos’ deep connection with Spain and his passion for the film and television production sector were evident when, after leaving his post as ambassador, he was named Honorary Ambassador of the Spanish Film Commission. In this role he was able to continue promoting business opportunities in the sector, encouraging U.S. studios to invest in Spain, creating jobs and growth in both countries—similar to the work he did as a diplomat that led to HBO shooting its hit series “Game of Thrones” in Spain’s beautiful Andalucia region.

“Today is a great day, not only for Secuoya Studios”, said Raúl Berdonés, president of Grupo Secuoya, “but also for the Spanish film and television industry. The addition of James Costos to our firm will help us make North American producers aware of everything Spain has to offer in the sector, something that demands even more attention now that we are in the global spotlight. James will be a key player in the development of Spanish audiovisual productions and he will also help fulfill the increasing demands of the North American film industry. It’s not just that he speaks the same language as the producers in the U.S., but he is also immersed in their culture, in their way of doing things,” continued Berdonés. “This type of cooperation and growth is something that James, with his unique knowledge of the industry in both countries [Spain and America],can guarantee for us.”

Under James Costos’ leadership, Secuoya Studios will develop opportunities between Spain and the United States in three distinct areas: content production, production services, and co-productions. Content production will include story development and adaptations of literary works. In terms of production services, the company will work to expand its services attracting more Spanish, American, and other international television and film productions. The company will also be focused on co-productions, seeking synergies between international projects and Spanish and American players, as well as launching projects with partners in other countries.

The emphasis on these three key areas follows Grupo Secuoya’s long-term strategy of diversifying and internationalizing its expertise in the film and television production industry. “For months now, we have been saying that the production of Spanish-language fiction is at its peak, that we are in the global spotlight, that it is our time. Now we are ready to take the next step and turn all the forecasts of growth into something real” concluded Berdonés.

Costos will be primarily based in Los Angeles, but will split his time between Madrid and Los Angeles.

Secuoya Studios is the area dedicated to film and fiction production of Grupo Secuoya, the leading Spanish company in creation, production and distribution of audiovisual and digital content. Secuoya leads the transformation of the audiovisual industry in six countries: Colombia, Chile, Peru, Mexico and the United States, in addition to having an executive presence in the entire Spanish national territory. At the same time, the company manages Madrid Content City, an ambitious business park of 140,000m2 that will house a large production hub, services for filming, university campus and sports and leisure areas.