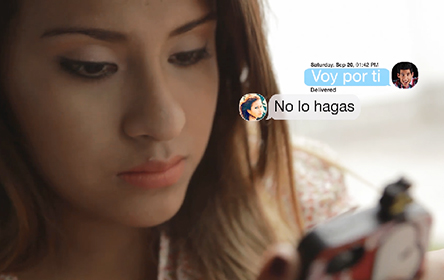 Being filmed in Full HD and the chance to vote for an alternative ending through YouTube are some of the aspects that the audiovisual group contributes to the country´s recording market. Imizu will also cover the group’s European tour and produce video clips during their shows

Grupo Secuoya, through its local producer Imizu, is responsible for producing the latest video clips by the popular Peruvian band “Corazon Serrano”, which has entrusted the brand with its ambitious audiovisual project- an innovative interactive approach within the music industry.

The agreement, which potentially includes the making of three video clips, has become a reality with the first one having been already finalized: “Amor Rebelde”, starring the group’s vocalist Thamara Gomez. The well-known artist gives life to the story of two teenagers who have to deal with their parent´s discontent if they want to continue being together. The main highlight of this video clip, as well as Imizu´s contribution, is the high quality Full HD image and the interactive aspect with spectators who will be able to pick an alternative ending to the story of these two modern Romeo and Juliet.
The group, which is one of the most successful and high-profile groups in Peru (they are behind the most watched YouTube video in the country with over twenty million downloads), is aware of the need to establish a closer link with their fans, as well as of the need to offer a high quality visual and creative product that is up to the standard of their songs. Moreover, it has to meet an audiovisual standard that requires increasingly good quality images and versatility in terms of content. Therefore they have counted on Grupo Secuoya, known for their experience and professionalism. They have designed three video clips to be broadcast conventionally and followed on the new screens. The possibility of changing the end of the video along with high expectations has achieved over 80.000 viewings without advertising. The official “Corazon Serrano” YouTube channel will offer an exclusive preview of the most voted ending by the fans and followers of the group.

At the same time, Imizu will become the group’s shadow during their European tour that starts this Thursday. Grupo Secuoya´s producer will carry out the media coverage and film three more video clips during the tour.
With this new move, Grupo Secuoya, now present in the music industry, catapults Imizu into the ranks of the best, most versatile and innovative business bets in the integrated audiovisual industry.