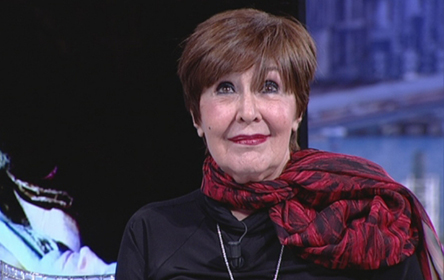 With only two months left before the shooting of the second season of “VIVE CANTANDO”, a popular series broadcasted by Antena 3 and produced by Doble Filo (Grupo Secuoya), the finishing touch is being give to the last chapters, from the plot to the script to a new cast of actors, joined by the popular singer and actress Concha Velasco.

The 15 chapters of the first season of VIVE CANTANDOon Antena 3 ended with an average of 2,6 million spectators. At 15,2%, the leading series is 2 points above the second position, held by Telecinco, and over 7 points above TV1. In this new round of VIVE CANTANDO, the neighborhood welcomes a new neighbor: Concha Velasco, one of Spain’s most popular and beloved actresses. This new job represents her return to television, almost a year after her latest work.

The new character, Charo, is independent, a spendthrift and modern and claims to have been a big star…. her arrival turns out to be quite a whirlwind for the neighborhood, and more particularly for her son. Now that his mother has turned up, the character played by Jose Luis Garcia Perez will have to face new battlefronts in an already difficult situation: his mother is constantly to be found at the karaoke bar, she is nonchalant when it comes to problems, and she develops an excellent relationship with Trini (Maria Castro), who she fully supports much to the dismay of the young man. Indeed Concha and Trini have been notoriously close, and with the arrival of Jota’s bohemian mother (a former hairdresser by profession) to the neighborhood, it can only get worse. Trini will find an ally in her “mother-in-law” when it comes to her tempestuous relationship with the owner of the karaoke bar, much to his dismay.

The series is set in a humble neighborhood and stars Maria Castro, Jose Luis Garica Perez, Manuel Galiana, Ana Mena and Javier Cifrian, among others. It is centered on the character Trini, a young woman who returns to her childhood neighborhood to take car of her nephews and of her father after her sister passes away. She has a captivating personality but a somewhat disorderly life, and now Trini must try and adapt to a normal lifestyle, without losing the essence of her personality. This will lead to quite a few clashes with her father, a retired army officer.