Collection of releases for Grupo Secuoya this January 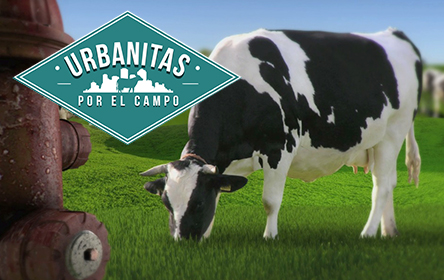 January 2015 has kicked off with many releases on the general-interest channels, for which Grupo Secuoya has provided six important productions on prime time television. Fiction, branded content, documentaries and entertainment shows are the genres that will be shown on television as from January, all under Grupo Secuoya´s brand.
“Something to Celebrate”, Doble Filo´s second production for the channel Antena 3 is shown for the first time tonight at 10.30 pm on the private channel as one of the season’s most emblematic titles. It is a comedy based on a family and all the celebrations it takes part in, starring Alejo Sauras, Luis Varela and Norma Ruiz, among others.

The star series for the channel Television Española in 2015 is a production by New Atlantis, which was shown previously on Movistar TV and proved to be one of the reference titles of Spanish fiction. “Victor Ros”, released on TVE-1 on Monday the 12th at 10.30 pm is based on the novels of the same name by Jeronimo Tristante. It is a major production in which Carles Francino gives life to a police inspector in the Madrid of the 19th Century, with an impressive cast starring Megan Montaner, Esmeralda Moya and Tito Valverde. Each chapter of the series will be followed by a documentary called “La España de Victor Ros”; a collection of six episodes through which the writer Jeronimo Tristante will take us on a journey through the traditions and facts that marked the end of the 19th century.

On the 4th of January at 8.00 pm Channel 2 released the series “Urbanitas por el campo”, a docureality backed by the European Union and produced by Enminuscula for EFEAGRO which reflects the journey of six people with no previous knowledge of the rural world, who decide to spend three days in different autonomous communities getting to know about how to work on a farm, stockbreeding, etc. The branded content series debuted on the public channel with a 2,3 percent audience share and 333.000 spectators.

“Españoles en el mundo”, produced by New Atlantis for TVE-1 is one of the most well known and most loved shows by the audience and debuted yesterday with an audience of 1.034.000 spectators and a 10,1% share on its first episode of the evening set in Michigan. The programme has achieved XVI editions on the channel Television Española.
Finally, New Atlantis is also responsible for “Arqueomania”, a documentary series shown on Sunday afternoons on the Channel TVE2 since last December.