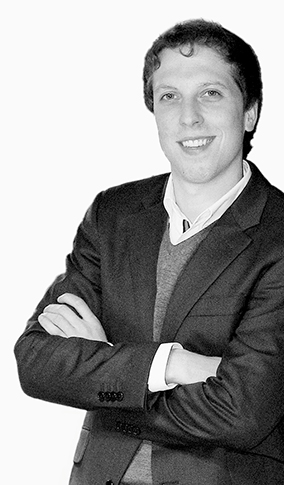 Responsible for the development and executive production of entertainment programmes for the Grupo Secuoya.

He began to develop his professional career at ATRESMEDIA, where he carried out his activity in the production department for Neox and Nova and then moved on as screenwriter, editor and journalist for many different productions.Later, he took up the coordination of contents on Ver-T, ATRESMEDIA from 2007 to 2010, where he developed, produced and coordinated the editorial department for several programmes for Antena 3 Television.
Then, he took the leap to Grupo Secuoya, where he began his job as coordinator for Enminúscula, a company dedicated to branded content productions. He was appointed Director of R&D of the group in June 2013, to coordinate the Entertainment contents for all the producers of the group.

In July 2015, he moved on to lead the Entertainment Department of the Grupo Secuoya.